In the studio today with Michael Raso is Mark Dalzell, John Fedele, Dane Johnson, Leslie Lazenby, and Mat Marrash! Topics include three fantastic interviews with Film Ferrania, FoJo, and The Impossible Project, Book of the Month, Film and TLR Love and the unique Foldex 20 camera! Keep us online!

Hunter “Man-On-The-Street” White interviews none other than Mister Dave Bias. If you’re thinking the name is familiar then you’re right! Dave has moved on from his role in the Impossible Project and has joined up with the team at Film Ferrania!

The Italian Film manufacturer is making a comeback! The massive factory complex that was shut down back in 2010 is slowly being prepared to start producing film again! They’re hoping to get a small batch of stock ready for the near future! Dave is excited, considering that unlike Impossible that had to scrounge up equipment and material, Ferrania was basically mothballed and saved intact by the Italian Government who has played a major role in getting the factory up off the ground.

The goal is to get one the only four fully self-contained film manufacturing plant back up and running, the team has been working around the clock to make sure the equipment can be run constantly. So what product is going to be coming out, slide film of course, the one thing that has really fallen by the wayside with only Fuji producing new stocks of Chrome films. The first off the line will be an ASA-100 film, which is based on the Scotch Chrome formula, but there are plans to bring 400 and possibly 3200 speeds into the market. Format wise they’re working with 35mm and 120 in still photography along with Super 8 and 16mm for motion picture. Get in on the excitement by supporting Film Ferrania’s KICKSTARTER Campaign here - https://www.kickstarter.com/projects/filmferrania/100-more-years-of-analog-film

Impossible Project Update!
FPP Super-friend Dan, better known as Nano_Burger on Flickr had a chance to check out this year’s Photokina event in Germany and managed to snag a pair of interviews with some of the dealers. First up is Danny, the PR guy from the Berlin office of the Impossible project brings some updates. First off is a twist on the classic square with their round-frame 600 film.

above: The new "round"Polaroid! The Impossible Project Instant Lab!

If you remember the Instant Lab, which allows you to print photos from your smart phone screen onto Impossible Project Film - they’re bringing a new version to market to work with Android phones, Tablets, and the iPhone 6.

above: It's all-around-great guy Nano_Burger Dan! (with wife, Caitlin. Was taken on a cell phone and printed with the Impossible Instant Lab!) Photokina images courtesy Dan!

In the film stock category, new formulas for their 8x10 PQ line of films and an improved colour formula will be coming out as well which features shorter development time! Also, a new B&W film that doesn’t require shielding! The most exciting news is that they’re finally bringing their camera to market! Yes a brand new camera designed for Impossible film will be out Summer of 2015!!

FoJo, You Know!
A rather unique idea, the guys at FoJo are in the manufacturing stage of making a new enlarger that is driven by your smart phone. That’s right, using your smart phone to project a digital negative through a lens and onto traditional paper and make prints!

They even have an app that will allow you to tweak the image in phone before printing, or using traditional techniques. Best part, it also works on regular 35mm and 120 film, and uses your phone as the light source. The enlarger alone costs 200$ or get it with trays and a safelight to really get started for 300$. They’re not ready yet, so sign up at: www.fojo.me to pre-order or get the latest news!

Making Kodak Film – The Book!
Ever wondered how Kodak makes their superb line-up of film? Want to know about the complexities behind the K-14 process and Kodachrome films? Then the book of the month is for you! Making Kodak Film by Robert L. Shanebrook is now into its second printing! Mat says this is the perfect book for the science heads or just those interested in the process behind film, want to order the book head over to: www.makingkodakfilm.com to put in an order!

For the Love of TLR Cameras!
Bringing back the TLR love from Episode 109 but now with the addition of Mat and Leslie! Both of them are big fans of the camera, great way to shoot medium format and certainly have style. Leslie even has a Rolleiflex Automat, one of the first TLRs to feature automatic frame counters rather than the old red/green window. The Automats were produced between 1937 and 1957. Leslie loves to shoot architecture with them. Plus the 6x6 format works great if you want to post film shots to your Instagram account!

Dane’s Funky Film Fun!
Dane loves film, and he shoots pretty much anything he can get his hands on. Current favourites include the Foto 200 from Svema along with the various and odd motion picture films avail be in the FPP On-Line Store - Eastman Double-X, Polypan-F, and more! Each film produces their own unique look, and he loves it.

Photak Foldex 120 and 620! What!?
Mark shows off a recent flea market purchase, part of a massive 15$ lot of accessories and cameras, the Foldex 20 by Pho-Tak is basically a medium format folding box camera. A fixed focus 105mm with fixed aperture and shutter speed. For a box camera it has some interesting features, an M-Sync’d hotshoe and the most unique part…it takes both 120 and 620 film, without need for adapters or changing settings.

That’s it for this show, but don’t fret we’ll be back in a short two weeks with the big 5-year anniversary show (What Show?) But stay online for a new track from Darren "Ballard Pop" Reilly’s new EP Napoleon! 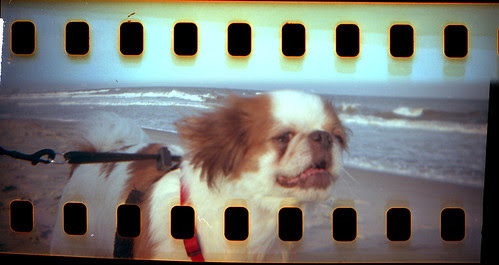 This past August I had a lovely opportunity to spend an entire week with loved ones in beautiful Ocean City, New Jersey. You might think that my day-to-day vocation of working/shooting film and producing The Film Photography Podcast had me a wee-bit burnt out on shooting film – no way!

The trip away from the studio was an excellent opportunity to shoot some new-to-me film stocks and some cameras I have yet to handle. Here are a few examples of the images I shot.

Top shot: Since discovering the "mother lode" of 1980s Debonair 120 film cameras back in 2012 and launching the "Get a Debonair" campaign on The FPP, I've yet to see a disappointing shot! Here's little Ollie the Japanese Chin shot on Kodak Hawkeye Traffic Surveillance film! 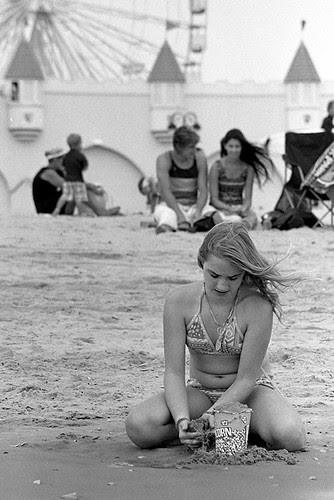 above: What's a worthy successor to the discontinued Kodak Plus-X? The little known Eastman Double-X 5222! It's a motion picture film that easy to shoot and has a gorgeous look! 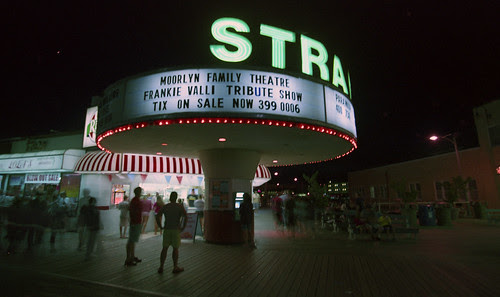 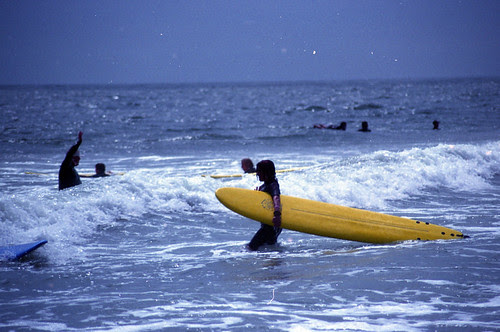 Above: Another image using the unusual Fuji IT-N asa 6 film. The film was designed to be a dupe film. Always fun results when run through my camera! Surf's Up! (7th Street Surf Shop - www.7thstreetsurfshop.com/) 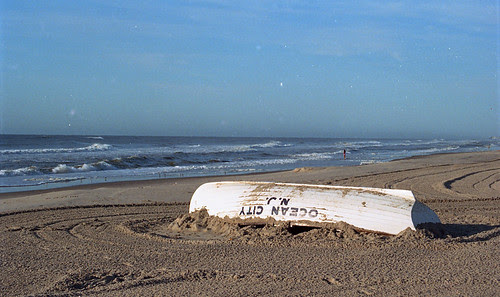 One of the most exciting things for me is testing unusual and rare film stocks. Here the Ocean City NJ beach at golden hour shot on the Ukrainian Astrum Color 125. The film has a great yet offbeat palette of color. Scans great and always a tad grindy!

Check out the iTunes Radio Show I produce and host - The Film Photography Podcast - http://filmphotographyproject.com/podcast 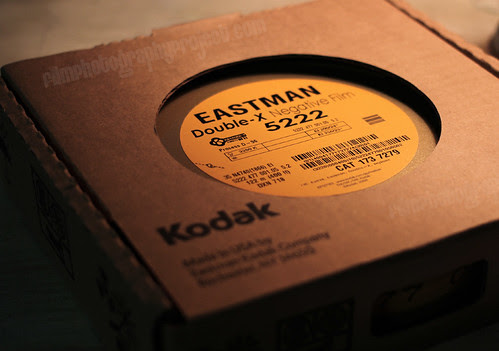 It's always a blast to get my hands on a new-to-me film stock, especially if it's something special! Enter Eastman Double-X Negative Film 5222 - designed for general production use outdoors and in the studio, in dim light, and anywhere you need greater depth of field without increased illumination. This high-speed camera negative film has excellent image-structure characteristics. 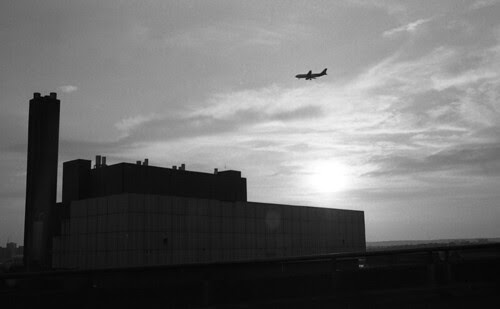 There are a growing number of still shooters using motion picture film in their still cameras - specially Eastman Double-X as it can be developed in traditional BW chemistry and the film has no "rem jet" layer that has been an issue with the Vision color motion picture films.

According to Project Double X online, "...it is the look of Double-X that makes it that little bit special and with users exposing it at and beyond its designed exposure index and in various developers, the images it produces are beautifully rich in tones and clarity.
Motion picture films using the Eastman B&W film stock  include: Schindler's List (1993), Memento (2000), Kafka (1991), I'm Not There (2007). 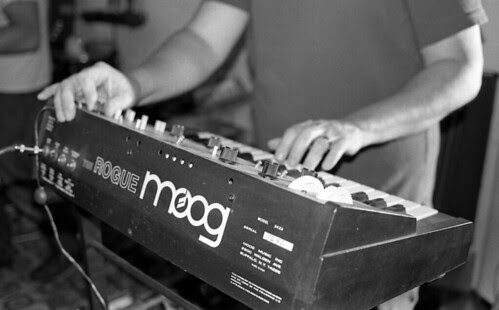 The opening black and white scene of the James Bond film, Casino Royale (2006) was shot on Double-X. The English Cinematographer, Phil Méheux, BSC, talked about the scene, in 2006, for the magazine of the American Society of Cinematographers." - http://www.project-double-x.org

Get some for your still film camera! - http://filmphotographyproject.com/store/35mm-fpp-cinema-xx-bw-single-roll 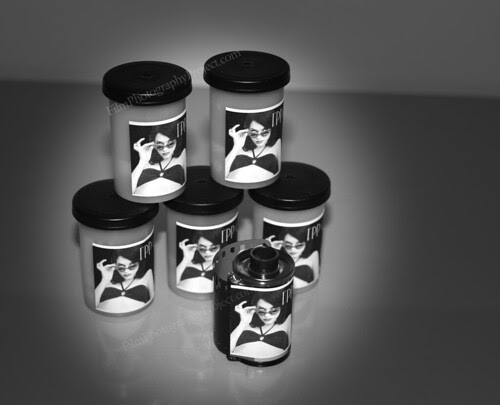 I host The Film Photography Podcast! The internet radio show for people who LOVE FILM!!!
http://filmphotographyproject.com/podcast 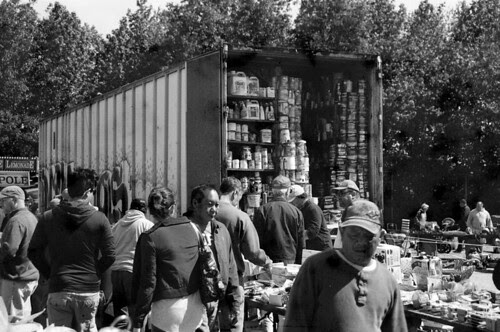 A morning at Englishtown Flea Market with the FPP Jersey Boys. ( www.englishtownauction.com/ ). I told the boys, "If the world ended, this is what the Mall would look like for any survivors!" This bargain hunter's paradise of today dates back to 1929. Originating as a meeting place for farmers to buy, trade and sell livestock, farm equipment and produce.

Today, Englishtown Auction Sales, the largest of its kind and the perfect place to find vintage camera gear 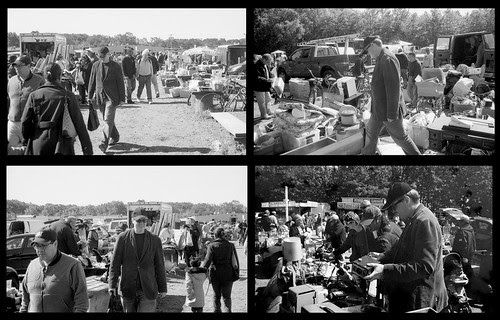 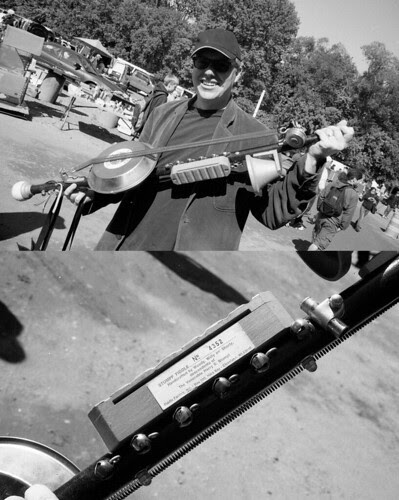 above: Marl Dalzell on the prowl for used photo and music gear. He finds a Stumpf Fiddle. below: John Fedele, Dane Johnson and Mark ready to feast at Bubbas’ Barbikyu. Bubbas' is a lunch wagon at the Englishtown flea market.  ( John is holding Mark's end-of-the-world instrument - The Stumpf Fiddle!) 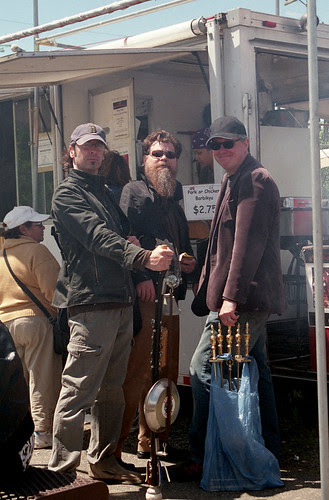 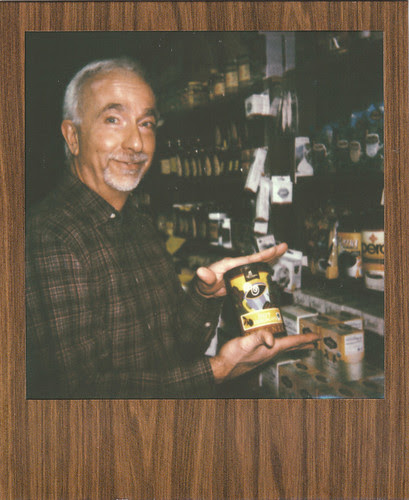 The doors of Taste of Dawn were opened on December 4th, 1976, with an intention of bringing wholesome natural and organic foods and herbs to the community of Butler, NJ USA.
Today our selection has expanded into the realms of truly holistic and organic supplements, skin care, aromatherapy, cleaning supplies and more. 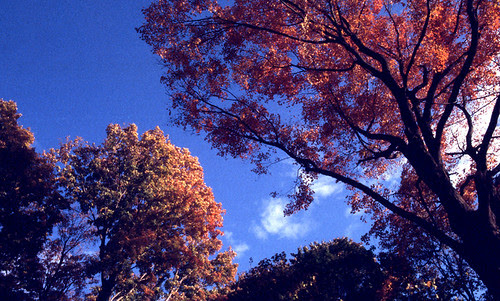 Guessing that this film was stored in a sock drawer at various temperatures throughout the years. Some color shift and lots of added grain. Expired film - Best to over expose your shots 1 f-stop for every decade the film has aged.

Below: More images from the same roll of expired Ektachrome. 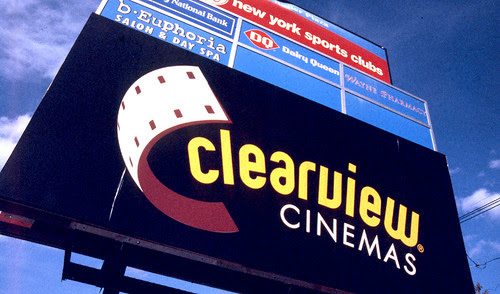 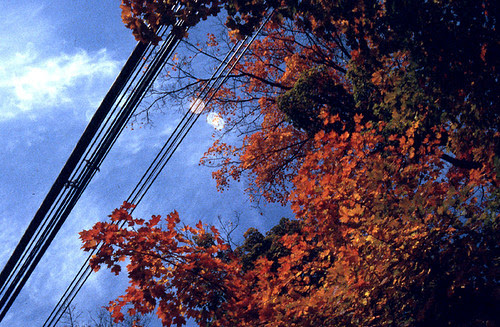 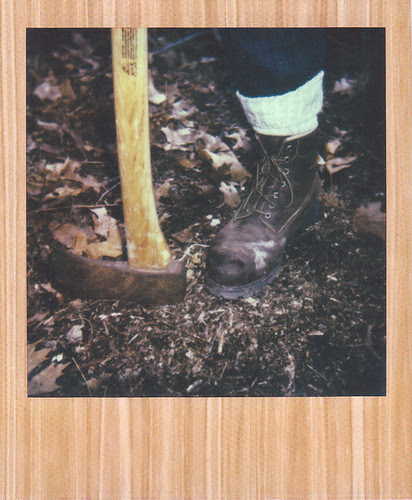 I host The Film Photography Podcast - an on-line community and internet radio show for people who love film!
http://filmphotographyproject.com
Posted by Michael Raso at 1:39 PM 1 comment: